Get fresh music recommendations delivered to your inbox every Friday.
We've updated our Terms of Use. You can review the changes here.

So Sang the Whippoorwill 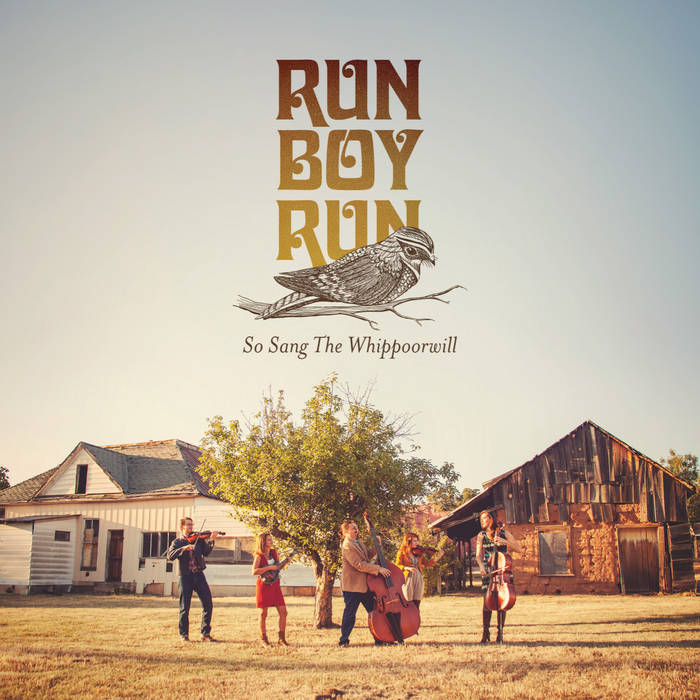 Don Soper Oh praise Whoever! The back & front covers are included. At last a group that knows we will burn a disc of this and play it on the BIG stereo and not the tinny PC speakers. They sound as if they have made music together for life. Great harmony and lyrics to match. Favorite track: Get Up Jake.

"Doing a weekly radio show for a few decades a man sometimes feels he has heard way too much music and he avoids cafes where singer/songwriters perform and puts his iPod in the drawer and enjoys long silent walks in the snowy woods and then along comes this very band, Run Boy Run, two fiddles, mandolin, cello, and bass, young musicians who have caught the spirit of the traditional and who combine bold playing and beautiful harmony singing, which is a miracle whenever you hear it. My only quibble was whether they shouldn’t separate the Boy from the Run Run with a pair of commas, but now I think not. I saw them clear late one night at a party when they played for three hours straight, unamplified, and danced while they did it, and wanted to play more but the van was leaving. I am old and jaded but I still have my hearing and when I hear Run Boy Run, it all comes back to me, why I started doing that show back then. I hope they go on forever."

All songs published through ASCAP (J. Allen, G. Rolland, J. Sandoval) and BMI (all others) and managed by Modern Works Publishing.

We would like to thank…
Our parents for the gift of music and teaching us to pursue what we love.
Our families for your love and support.
Our friends and fans for your enthusiasm.
Our Kickstarter contributors for helping put this album in your hands.
Our artists Amy, Alex, Joe, and Aubreigh for all the great design ideas and contributions.
Laura Kepner-Adney for her help in the studio
Don Gest, Julie Sullivan, and Ben Sandoval for all the opportunities, guidance, and introductions.
Garrison Keillor and A Prairie Home Companion; Planet Bluegrass and the Telluride Bluegrass Festival; FFOTM and the Pickin’ in the Pines Bluegrass festival.
And finally, our engineer and co-producer, Jim, for his patience, his enthusiasm, and his work.

Award-winning acoustic Folk/Americana quartet from Arizona. Existing in the tension between tradition and frontier, Telluride Bluegrass Festival Band Contest winner and Prairie Home Companion guest, Run Boy Run, exceeds the sum of its parts as touches of classical, jazz, and folk express themselves through the old-time core of the band’s unique sound. ... more